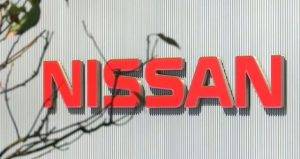 In such a tough period, Nissan will have to take drastic measures. On Thursday, Nissan should announce about 10000 job losses, namely in South America.Nissan is not doing as well as one could imagine. A decline of 4,4% of the sales in 2018, the car manufacturer is on the verge to draw the necessary conclusions from that with a reduction of 10000 jobs, especially in South America. France is not concerned for the moment. According to an expert, Nissan has been hit hard by the stagnant of mature markets both is the USA and in Asia. The Chinese market is on a twelve month decline in a row, which is significant, when we take into account that China has sold over one and a half million cars and same thing in the USA, Nissan is slowing down. The company’s management accused the ex-chairman of the collaboration, Carlos Ghosn for this fall. The group has no other choice but to reduce the workforce. Nissan is pushed into a corner because of Carlos Ghosn’s expanding and forced strategy. The situation is also very complicated between Renault and Nissan, in terms of merger. They all prefer a kind of balancing within the partnership.

UK car production falls by 20% in first half of 2019 China’s January passenger car sales in biggest drop in seven years as worries over economy, spending deepen